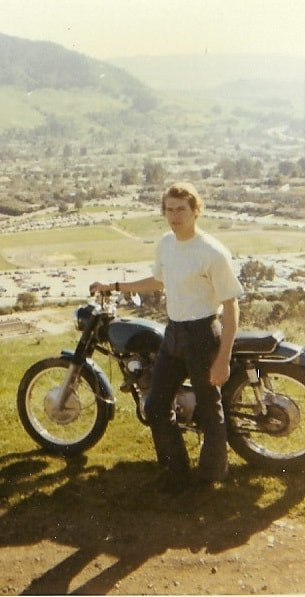 You could say that Kenneth M. Price, Jr. had the best of what California offered back in the 1950's, open land and great climate.  As a kid growing up on the boundary of a giant private ranch, by just being discreet he and his buddies had access to immense open undeveloped land.  In addition the coastlines were within 15 minutes by car and about one hour by bicycle.  There was an abundance of open public land for hiking, hunting and fishing.

His father loved the outdoors so much that Ken got to do these things almost every weekend.  He grew up with hunting and fishing as his favorite endeavors.  That changed the day his older brother brought home a 50cc Honda motorcycle.  From then on Ken was pretty much hooked on things that were powered by piston engines.  He soon got a motorcycle of his own and by the age of 15 he had already ridden it so many hours he had to rebuild the engine.  This led to more motorcycles and then his first car at 17.  He began tuning the car as it was not unusual in those days to punch it off with other folks in their souped up cars when you chanced to come up to a stoplight alongside them.  Car driving was really dangerous then, but it sure was fun!  He learned a lot tinkering with his engine.

Ken soon left for college to study architecture, but that wasn’t his life’s desire.  He worked in a motorcycle shop and rode a 250cc motocross racer on the weekends.  He estimates that he took this motorcycle’s engine apart over 60 times as it had to receive a new piston ring after 3 races.  This endeavor kept Ken in pretty good shape and he learned a lot about two-cycle engines vs. four-cycle engines.   He also knew that his destiny lay in engines, fuel, horsepower and transportation mechanisms.  He transferred out of architecture and into mechanical engineering, added on a couple more years of study and finally earned a BS in Mechanical Engineering from UC Berkley. 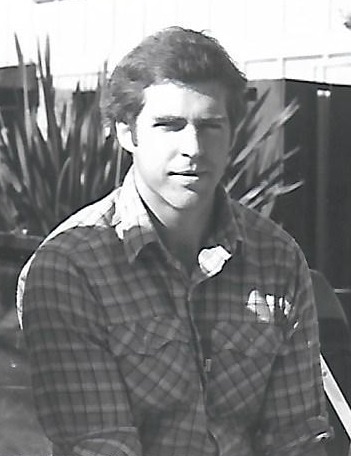 Ken entered American industry in 1976 by landing a job with a major oil company right out of college.  He jumped at the opportunity for travel and being around heavy industrial equipment of all types.  “All types” if they required oil for lubrication that is.  He spent the next fourteen years learning the trade then becoming an “expert” with regards to the optimum lubrication and service life of engines, turbines, compressors, pumps, machine tools, paper machines, mining equipment and a host of others.

Ken continued to work for the oil company for fourteen years and by the end he had taken on a completely different attitude about the oil industry and its relationship to the automotive industry.  His first shocker came after about two years when one of his customers called him about a transformer filled with a special transformer oil.  Because of the special transformer oil it carried a Hazardous Label and could not be handled by human hands.  He called to ask Kenneth why, and since he didn’t know, he relayed the question up the line to the chief engineer.  That person called headquarters and reported back that the transformer oil contained PCBs and that stood for polychlorinated biphenyls which were carcinogenic and should never be handled.
Well that settled that.  Ken advised the customer to bury the transformer.  He assumed the formula for transformer oil had to have these PCBs or it wouldn’t work properly.  Unfortunately, just a few months later, when Ken visited a transformer manufacturing facility to talk to them about their oil fill requirements, he found that they only used straight mineral oil.  Then it hit him; Ken realized that transformer oils did not need to have PCBs in their formulas.  He began to wonder why they were included in the formula.  He later found that it was for the simple reason the industry needed a way to get rid of it.

So they “dumped it” into a product that would not normally be touched by human hands.  Electrical transformers fit that need as they did not often require mechanical maintenance.  As time went on, this problem loomed in Ken’s mind as he knew it was needless; the PCB’s could have gone back down an old well or something.  Instead, now thousands of transformers across the country contained hazardous materials making them impossible to repair and or discard.

In the meantime Ken was seeing and learning about engines and mechanisms, some of which dated back as far as the post industrial revolution.  There was no mistaking the older equipment from the newer; it was always better constructed and more pleasing to Ken’s “mechanical-curious” eyes.  Over time he began to realize that the engines and equipment built in the more modern age were in many ways inferior to the older equipment they had replaced.  He also couldn’t help noticing that the fuel consumption of these modernized engines was no better.  Cars went faster and factory lines were sped up, but there was rarely an emphasis on economy and always an endorsement of more power.​

​After 14 years of dedicated work Ken was now feeling only about 50% committed to fulfilling his duties as a paid employee of a major oil company.  He knew it was time to get out of the industry.  He resigned with the purpose of doing something else with his life and took a stab at running his own business.  He knew he wanted to get clear of the oil industry but this didn’t leave him much, but then he got an opportunity at a nearby run down restaurant and decided to give it a go.

It was during the life of a restaurant owner that Ken got another shock when he and his father went down to Fisherman’s Wharf in San Francisco to visit a fully restored WWII submarine like the type his father had served on during the war.  Ken was amazed at all of the technology, especially considering the era and the limited space!

The biggest shock came at the end, however, when he got to see a real World War II torpedo that had been cut away to reveal the water/methanol turbine inside.  This got his mind to thinking as he had finally seen how simple of a device it had been, yet so powerful and compact.  He knew he was looking at the perfect powerplant for a plane or the submarine itself.  He later found that these had been in mass production since the 1930’s, with other turbine designs going back as far as 1870!
The self-employed life in the restaurant was fun and challenging but left them little free time and the business itself was not an oasis for riches.  After 13 years of cooking hamburgers and serving breakfasts Price had the foundation for another book, which would later become to be known as The Sea Salt Cookbook.  However, by now Price was once again ready for a life changing event.   And in 2002  he and his wife sold their restaurant and home in the bay area and flew to Fiji with their two sons aged 3 and 5.

Ken and wife Peggy chose to give their sons a taste of the outdoors like Ken had gotten as a kid before the young boys got too wrapped up in their new school curriculums.  They found the perfect spot in the South Pacific Fiji Islands that were once British Colonies but then somewhat independent.  Best of all, the inhabitants spoke either Fijian and English or Hindi and English, and, it was cheap to moor a boat there.

Ken found a Tayana 37' sailing cutter for sale in Fiji, flew down and purchased it.   He and the family flew down three months later to begin work on it.  A few months later after repairing the boom, removing the old contents, restocking and repainting the bottom and topsides, they moved aboard.  They used it as a home and sailing platform for the next four years.  After that they moved on land to a sugarcane farm.  ​ 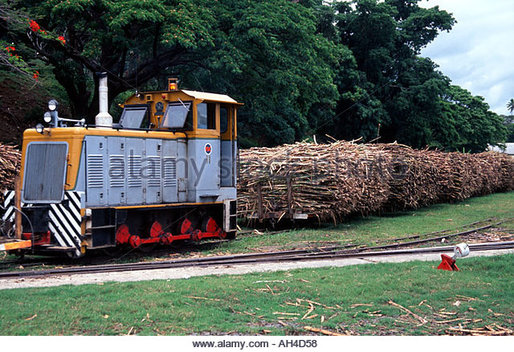 ​While living on the sugarcane farm Price became aware of a sinister plan to shut down the country’s light rail system for hauling the cane to the factory and replace rail cars with diesel powered trucks.  He knew this would be a much less efficient system, but one that would benefit the oil industry and one that would rapidly increase wear on the blacktop roads.  ​That’s when the tentacles of the oil industry began to produce a grotesque image of environmental genocide and careless disregard for its own actions in his mind. Price now realized that these tentacles reached world wide and that these international companies were not in the least concerned with the pristine beauty of even these tropical island paradises.  All of these experiences, feelings and motivations would set the stage for Price to later write The Rise and Stall of the Piston Engine.

Now back in the states for the past ten years, Ken has fully researched and edited this book with the intention that it be understandable to the vast majority of people.  For fear of reprisals from industries who might feel threatened by the many revelations of his work, Price has chosen not to publish this work in the normal fashion but instead for free here on this website. He hopes that you will enjoy the reading and that your futures will be enhanced as a result of avoiding the myriad of automotive scams, today and into the future.
Powered by